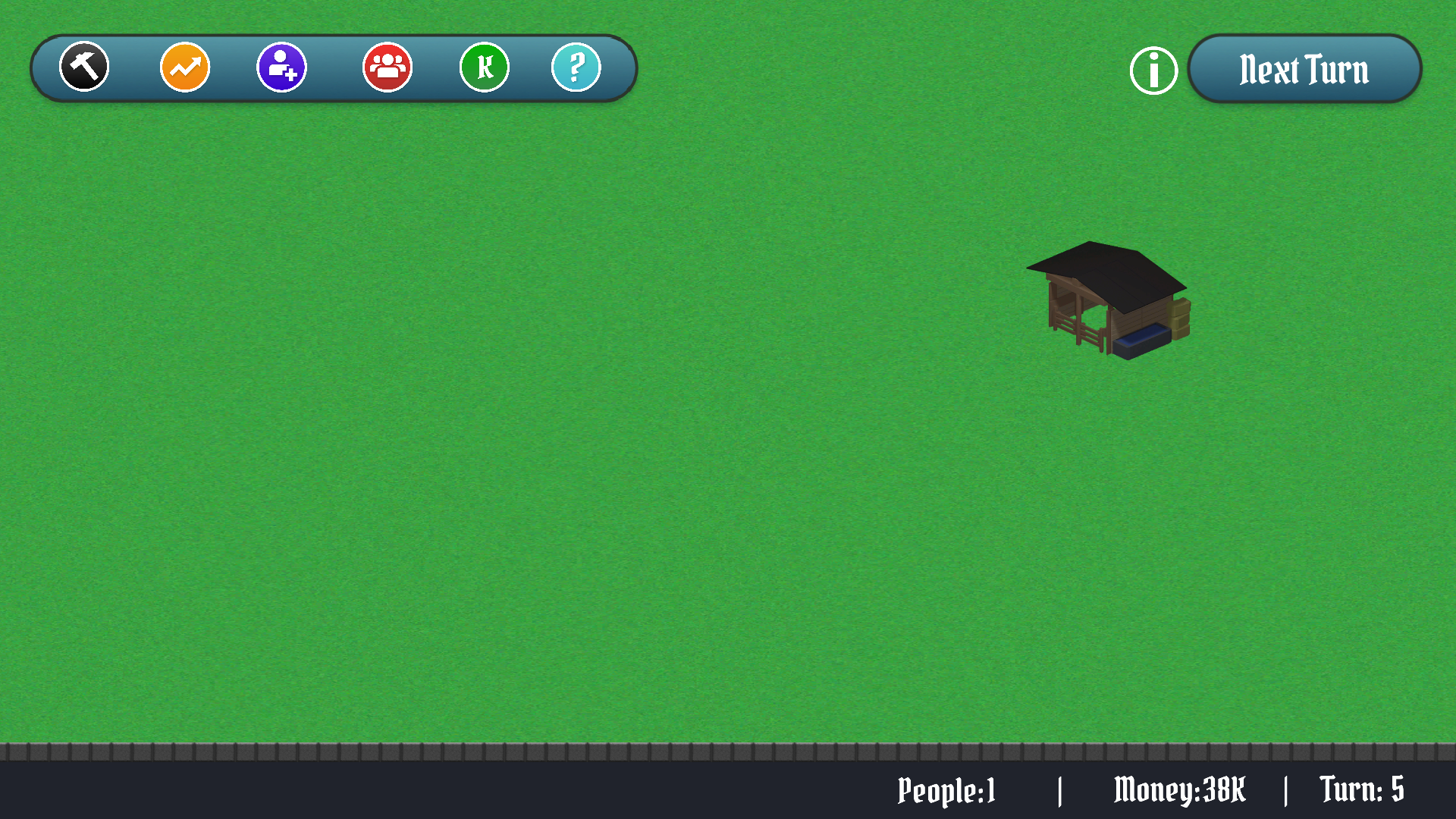 It's been too long since our last update but here we are with a new version: v0.37.1, which begins the process of completely overhauling the game's user interface. We have taken what was originally a mockup being described around the release of v0.36 and have since begun implementing that. The top menu bar is now changed, and so the first visual hurdle is out of the way.