v0.34 adds a "You cannot afford that!" screen when trying to create a building you don't have the money to build. There are also some tiny tweaks in this release, none of which are really visible or apparent to the player (but are there under the hood) to prepare the game for receiving controller support.

This week we are working on preparing the game to be released on Steam and as a part of that we have been working through what's required to add controller support to the game.  Because of the heavy reliance on Unity's UI system it hasn't been terribly easy: there are not very apparent ways to work with it to make it work for a brand new mode of control when interacting with the user interface. For example, we thought: well, if buttons need to have mouse clicks on them, why not remap mouse cursor movement to a controller joystick? Turns out: that's impossible out-of-the-box with the Unity engine's built-in input manager. So uhh... we'll revisit this later: it's going to take some serious hacking and probably some operating system specific code written with tender loving care. 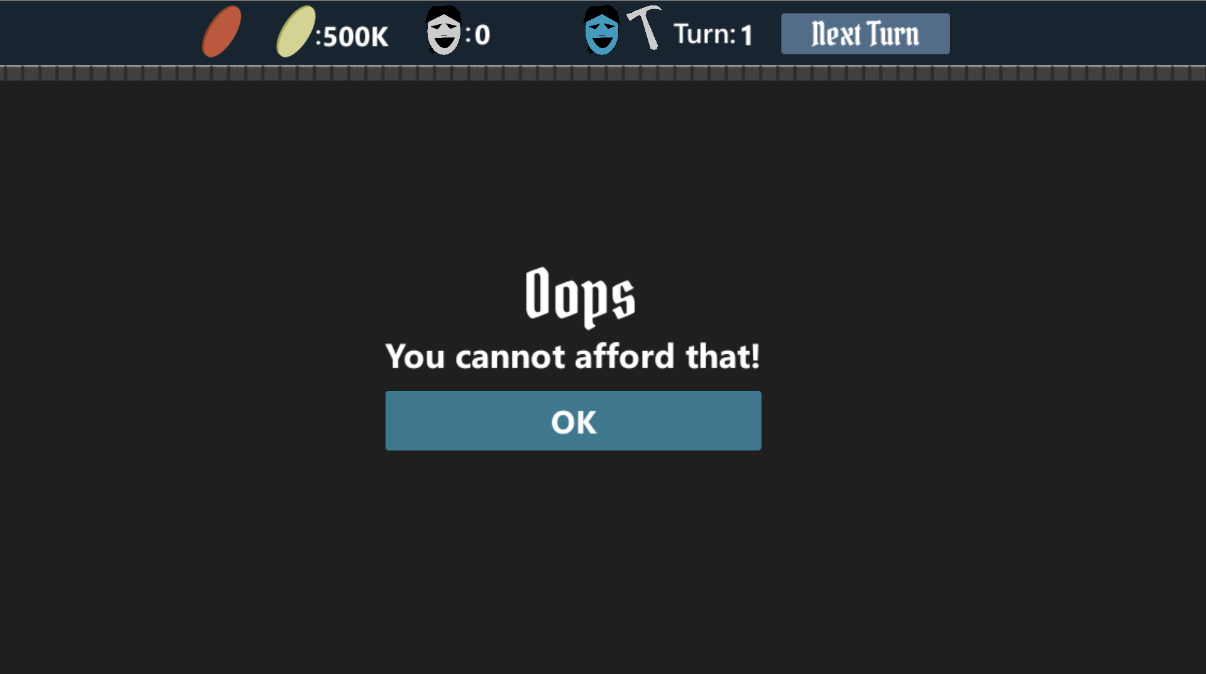