This week, the primary focus was the turn summary panel, which now has pagination for previous turn information. Since last week, it still only tracks changes across market holdings, population, and city cash, but more is coming. The pagination system is a new little mini-project, and the idea is to allow turn information across many, many more data points. 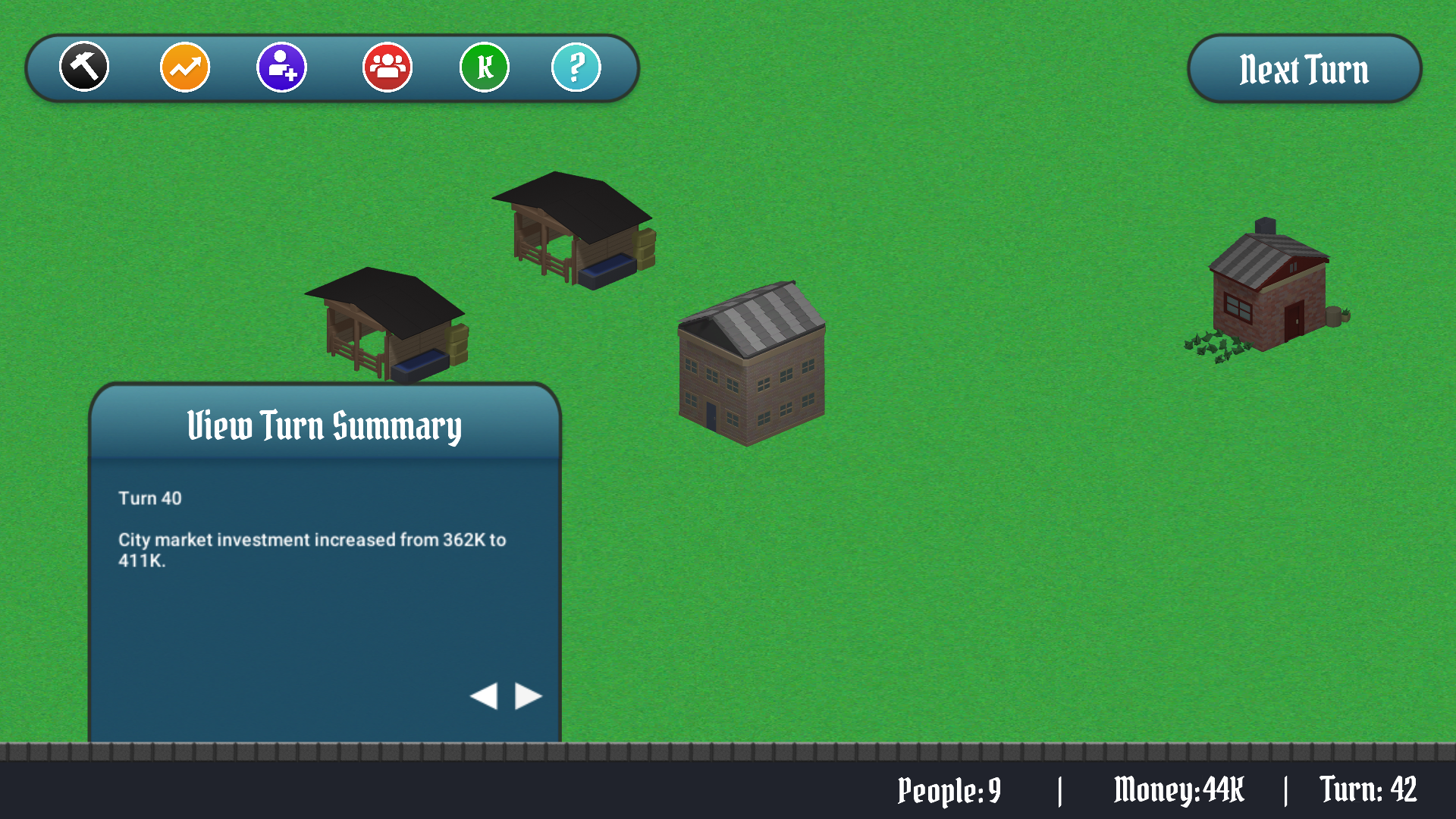 The user interface overhaul continues as well. The business info panel now looks like this and it has a little more versatility both practically and visually. 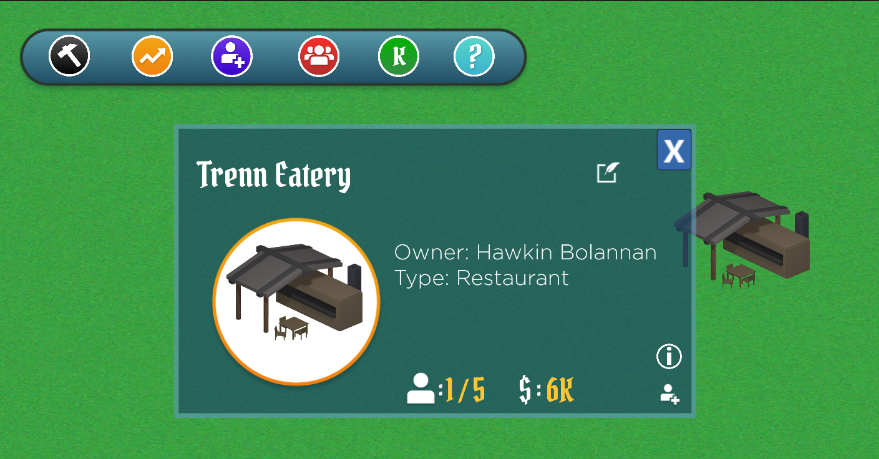 While not shown here above, the people icons that appear around this info panel that allow you to move people between businesses are going away in a later version, but they're still here for now. The full screen view of business  info is going away in favor of something better too but one step at a time!

In addition to these significant features above, here are some other things I'm taking a look closely at and completed with this new version.

In the weeks ahead I'll be working on savegames and continuing to do user interface revisions to make things either easier to understand or easier to use. More to come.