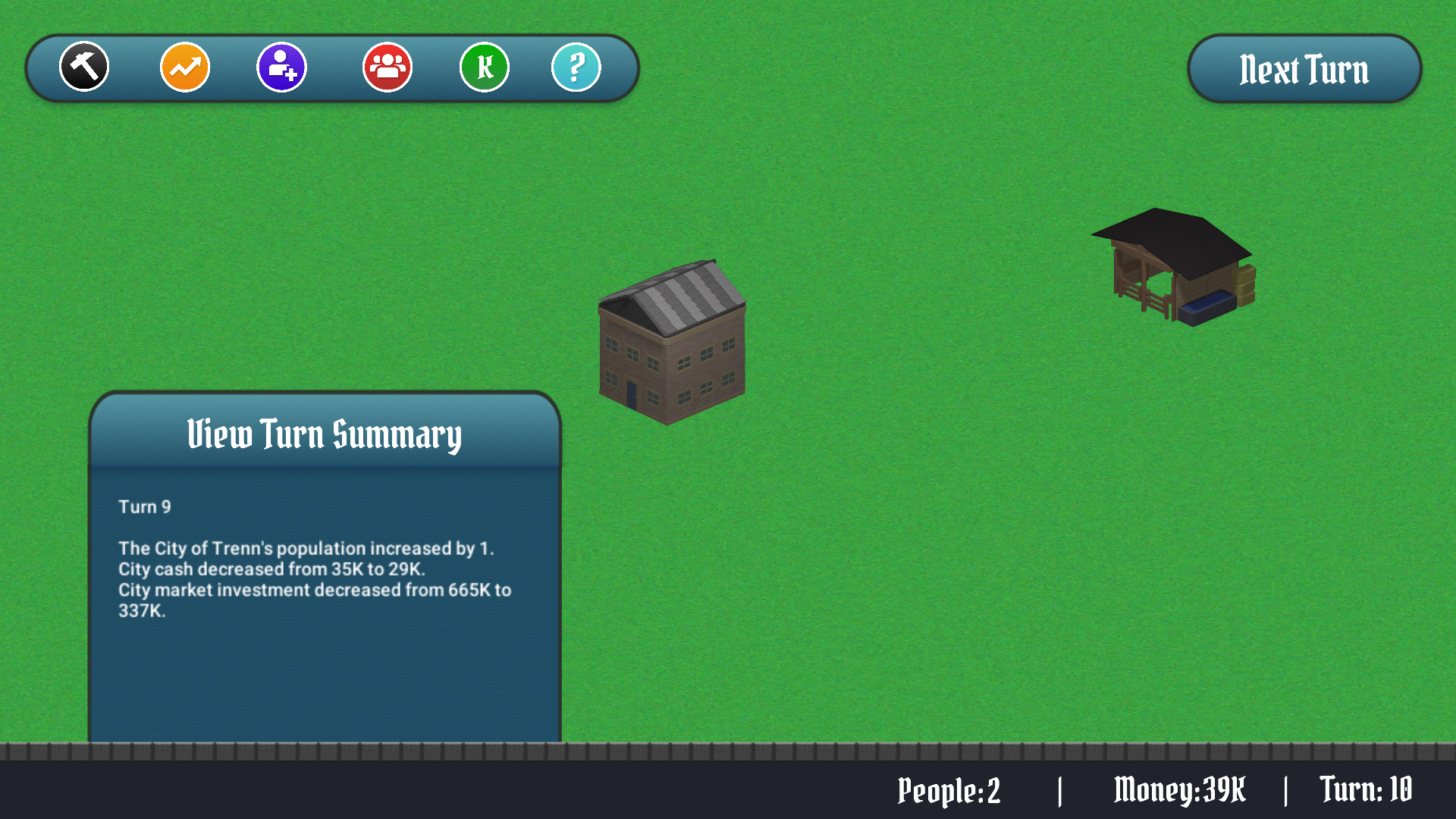 The turn summary evolution has arrived ! Sort of. The bottom 'View Turn Summary' tab now displays a summary of information from the previous turn on the dimensions of population growth, city cash holdings, and the current market investment. There will be additional information appearing here in the future from past turns, as well as a pagination setup where you'll be able to go back into many, many previous turns (probably all of them) to see what took place. Additional items that should show up here in the near future might be things like: who just got employed by a business, who is still unemployed, what was the market rate of return the last turn, and some other useful factoids that are relevant to the city.

The tab animates with a nice 'whoosh!' sound whenever clicking on it too. Very fancy.

In addition, there are some other things:

Up next on the list is 1) continuing work on the turn summary panel, 2) correcting some additional weird bugs that happen when building buildings and selecting info about buildings, 3) finishing the user interface changes to be more polished looking, and 4) adding some visual spectacle (if there is such a thing in this game) to the main "city canvas" on which you place buildings.